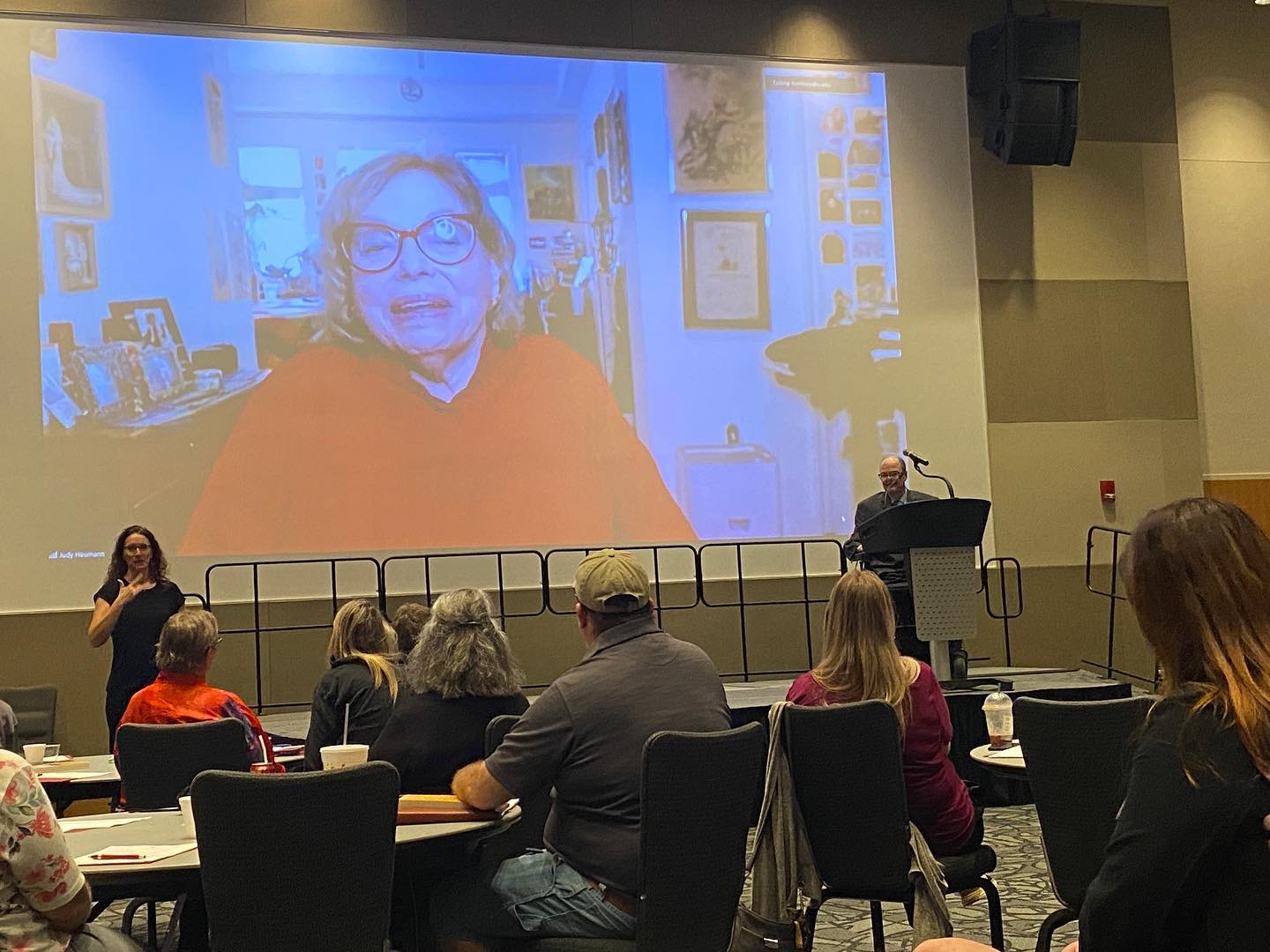 On September 19, we were honored to attend IUFW’s ADA Amplified Symposium featuring guest speaker Judy Heumann. To better understand Judy and her impact on disability rights, you need to do some research, but I’ll try to give a brief synopsis.

Judy began using a wheelchair in 1949 after contracting polio. Throughout her life, she was denied access to many aspects of life considered rights for non-disabled people, including public school and employment. Each time she, and often her family, fought and usually won. She became the first wheelchair user to teach in New York City Public Schools. Her activism didn’t stop at her personal battles. She was instrumental in the passing of the Americans with Disabilities Act, IDEA, and Section 504. You can see some of her and her fellow disability rights activists in the documentary, “Crip Camp: A Disability Revolution.” Judy was a founding member of the Berkley Center for Independent Living and the World Institute on Disability. She served under both the Clinton and Obama administrations. Under Clinton, Judy served as the Assistant Secretary for the Office of Special Education and Rehabilitative Services in the Department of Education. President Obama appointed her as the first Special Advisor for International Disability Rights at the U.S. Department of State.

Judy joined us virtually for a fireside chat about her life-long disability advocacy. Our own board member, Dr. Tommy Smith of Manchester University, served as moderator of the chat. Judy told us stories about her history of disability activism and gave insight into her views on disability activism today. Judy believes we have more momentum than ever, more people involved, but we need to take that and turn it into action. Disabled people are the largest minority group in the country yet are rarely included in DEI work. We still see instances of infantilization of people with disabilities, or shame to self-identify. In the documentary “Crip Camp,” Judy is seen saying that disabled people should not have to celebrate accessible restrooms. That should be a given. At the event she discussed this some, saying that all aspects of human life should be accessible. That is human. Disability touches all parts of community life.

Following the chat with Judy, we had table discussions to reflect on what we learned. Everyone took away similar and different messages and the roles we all play in disability advocacy. One question asked of Judy that resonated with me, “why should people care about disability inclusion?” She simply stated that disability could happen to any person at any time in their lives. If you wait to care until it directly impacts you, you will face the same challenges disability activists are working now to change. Additionally, because of the difficulties faced by people with disabilities, most become great problem solvers in other aspects of life. 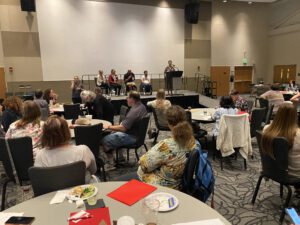 We ended the day with a panel discussion by Paralympic athletes. They talked about their experience traveling all over the world and how other countries compared to the United States regarding accessibility and inclusion. The panelists shared the challenges they face as people with disabilities and how they feel society could improve on disability inclusion.

The day was insightful and encouraging. The room was filled with people that cared about the message, which echoed Judy’s message that we have more people than ever that care about disability issues. We are grateful to Tom Foley of IU Fort Wayne’s Human Services department for not only initiating the event but continuing to include disability in his education for his students. The more we talk about disability issues, the better equipped we become to solve them.