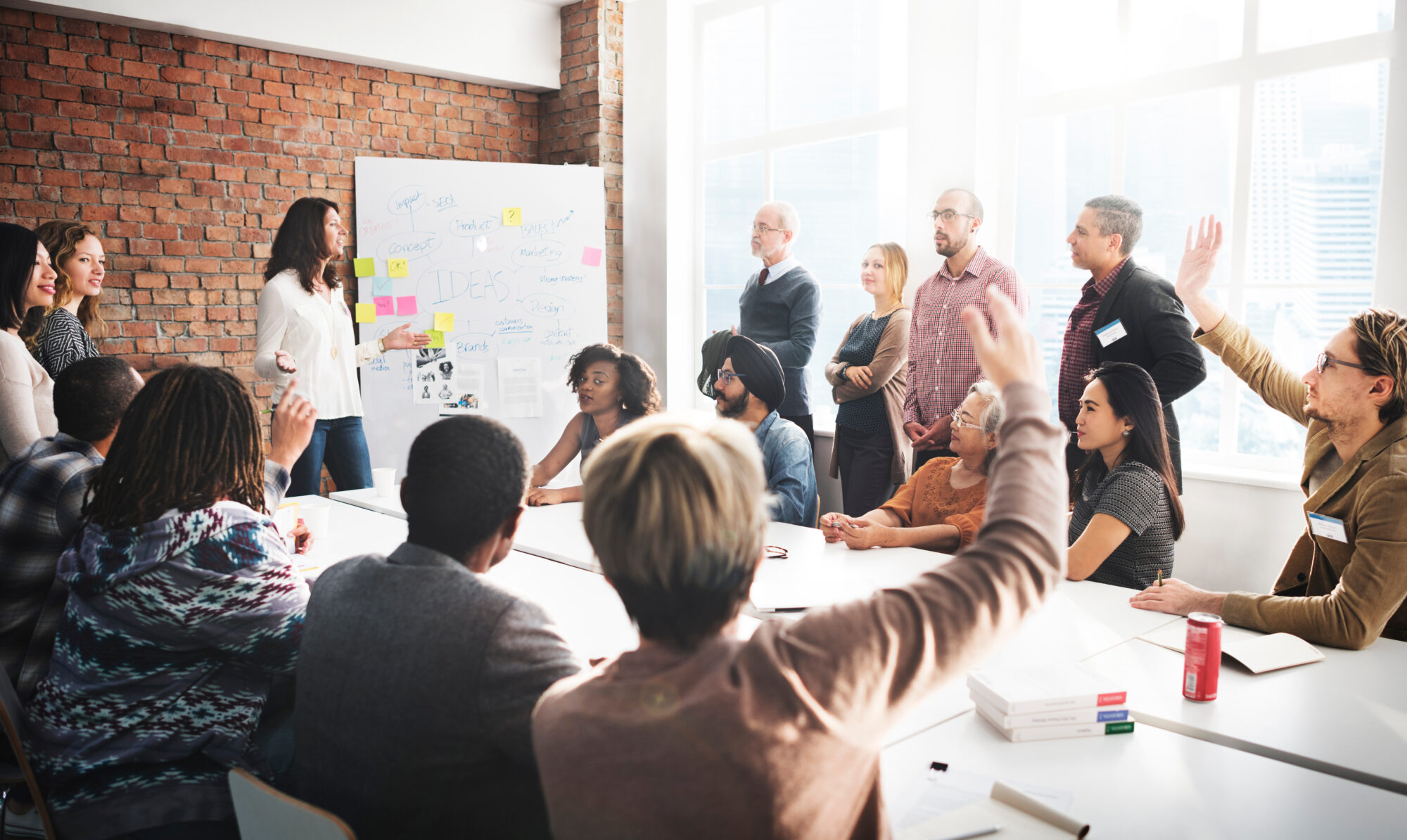 Team of diverse adults in a meeting, facing a white board that reads "ideas." A white woman with medium-length brown hair stands at the front of the room with a gesture as if she is asking for questions. Two team members have raised hands.

Increasingly I have been in meetings where each person, in addition to the routine introduction of name and organization, provides a description of themselves. At first, these felt new and uncomfortable to me, so, in my usual fashion, I used humor to offset my unease. Eyes rolled when I introduced myself as “young to middle-aged” or perhaps “appearing much younger than my chronological age.” However, I am getting used to this as I understand its importance.

We don’t know the level of sight of others on our zoom calls or those in a room. One principle of Universal Design is to anticipate inclusion for people of all abilities. If we all can briefly make that description, then those who are blind or have low vision do not have to either ask for greater detail or, worse, go without the benefit of “knowing” the same as those who can see.

Today, I might introduce myself as “Patti Hays, CEO of AWS Foundation. My pronouns are she and her. I am a white woman sitting at a desk wearing a blue sweater and print blouse. I have short brown curly hair and dark circles under my eyes. “(OK, I still use humor sometimes)

Think of how much information you get about people by their appearance. That woman wearing those bright contrasting color patterns, lots of jewelry, and large dangly earrings is probably an extrovert. That man in a sharp business suit, carrying a briefcase and on his cellphone is a busy executive. That young person sitting at the table with a backward baseball cap may not have the same opinion as the senior person with a cane, hearing aids, and bifocals. If I am blind, I may not know if a man or a woman is speaking if my only piece of information is the sound of their voice. Even names may be androgynous (says the person named Pat).

Whether or not my first impressions, based on appearance, prove true is not the point. I look at appearance, and it gives me cues as to what I might expect and context to what I am going to hear.

During a recent event, VP Harris provided a visual description in her comments around the anniversary of the Americans with Disabilities Act. She received criticism from some who obviously did not understand the reasons behind visual descriptions. If you are reading this newsletter, I would ask you to model for others the practice of visual descriptions. I would ask you to consider adding descriptions of photos like the one above. Approximately 12 million people 40 years and over in the United States have a vision impairment. One million are blind and three million have an impairment that cannot be corrected with glasses. With the aging of the US population, those numbers will increase. It is a good habit to acquire.