From the CEO: Americans with Disabilities Act 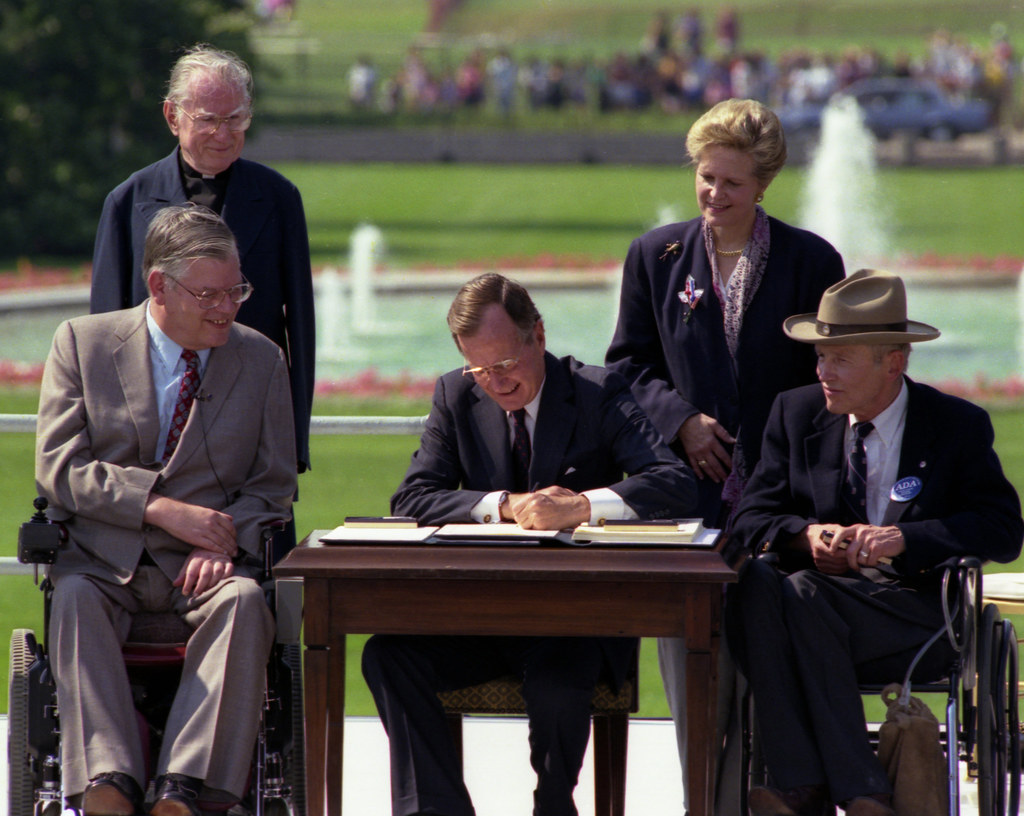 In July 1990, Congress passed the Americans with Disabilities Act (ADA) to ensure equal rights for all, regardless of their abilities. As with other civil rights laws, ADAs intent was to address inequities in employment as well as community interface for those with disabilities. ADA defines disability as a “physical or mental impairment that substantially limits one or more major life activity.”

Justin Dart, the “Godfather of the ADA,” was in a wheelchair because of the effects of childhood polio. Pictures of the signing of ADA, the marches and protests include individuals with physical disabilities climbing the stairs of the capital. But there are other barriers for todays employees searching for a job.

But in a time of online commerce and virtual schools and workplaces, how does ADA fair for todays job candidate?

This past weekend, my schedule was fueled by my phone. I checked the time for the summer church schedule and which pastor was preaching that morning, I checked a time for a yoga class and what new movies had been released this week. I confirmed tickets and a hotel for a weekend getaway in August. I even read a regional newspaper online. You can see where I am going with this.

In 1990, there were no smart phones and it was the minority of homes that had home computers. Websites were seldom visible and rarely accessed. How would your life and your ability to interface with your community change if you were unable to access the internet?

There is now a request in front of the Supreme Court to hear a claim demanding that the ADA be applied to the internet thus demanding equal access. The claim is being made by a man who is blind and was unable neither to access Dominos website for delivery nor to receive the promoted discount for ordering online.

We continue to see job descriptions that list “ability to type” despite the fact that voice recognition software is available and considered a reasonable accommodation. Face to face interviews may be overwhelming for some with autism. A phone interview may require TTY and TDD or a service for hearing impaired applicants. We continue to see too many companies who provide only online applications as the entry to employment for their organization.

What was a landmark piece of legislation almost 30 years ago is being reexamined in light of todays understanding of disability. Look at your application process. Are your job descriptions inviting to those who may need accommodations for both application and for employment? Is your website fully accessible? If not, consider a website update and modification of your procedures. Look at a typical days activities and ask what accommodations you could provide to help people of differing abilities to complete that task.