From the CEO: Fort Wayne Livability 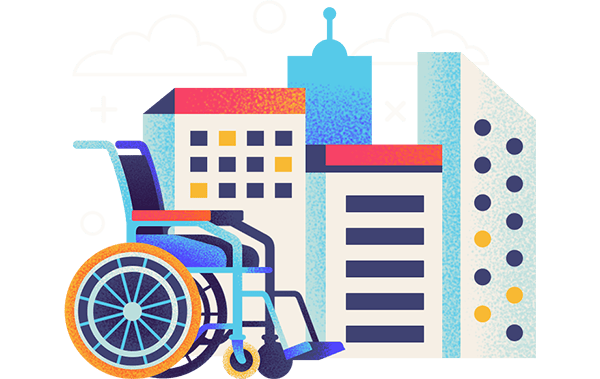 An easy way to get me to click on an article is to entice me with a list. 10 Best Vacation Spots. Top Restaurants in Indiana. Best Books of 2021. I am looking for The Best! So, naturally, I clicked through on the recent Wallet Hub listing of Best and Worst Cities for People with Disabilities.

AWS Foundation wants to contribute to Northeast Indiana being a better place to live for those with disabilities. This is the first attempt I have found in many years to try and identify what makes a livable city and objectively score cities by the criteria.

180 cities were scored on 34 metrics. Metrics were weighted (e.g., median earnings for people with disabilities were more important than the annual cost of in-home services). The data was gleaned from government sources such as Census, Bureau of Labor, HUD, CDC, and other agencies and cities were order ranked in three main categories economy, quality of life and health care for an overall score.

My first response was a bit defensive, but I looked at some of the specifics. The metric with the highest point count was Percent of Residents that are fully Vaccinated. After a time to think, I had to agree. Vaccination is an indicator of caring for others in your community. Those with a disability are likely to want to live where others are compassionate and altruistic. The next highest number of points was the score for Share of People with Disabilities. I had to agree with that one as well. Who wants to live where they are without a peer group?

October is National Disability Awareness Month. As would be expected, metrics used for this scoring included median earnings, employment rate, poverty rate, and presence of employment first initiative for people with disabilities, and they were heavily weighted. Economy was one-third of the score, and employment is economy.

People with disabilities are more likely to live in poverty and to be unemployed than the general population. One recent study showed a family who has a member with a disability needs 28% more income to align with other families.

Five experts in the field were asked about the results, including what they saw as the top indicators of desirable cities. Emergency services, advocacy and government engagement, support for self-direction, and accessible healthcare were just a few other potential metrics mentioned by those who commented.

Many of the metrics match with the initiatives of AWS Foundation funding. We are working with area institutions to provide sufficient special education teachers. We know and support walkable parks and playgrounds. Stores, theaters, restaurants, and all buildings need to be wheelchair accessible and more. I would encourage you to look at the report and make your observations and critique. Wallet Hub invites you to comment.

Fort Wayne and Northeast Indiana is gaining recognition as a desirable community. Join us and our partners to make it desirable for all, and next time we will be on the “Best” list.