From the CEO: Justin Dart 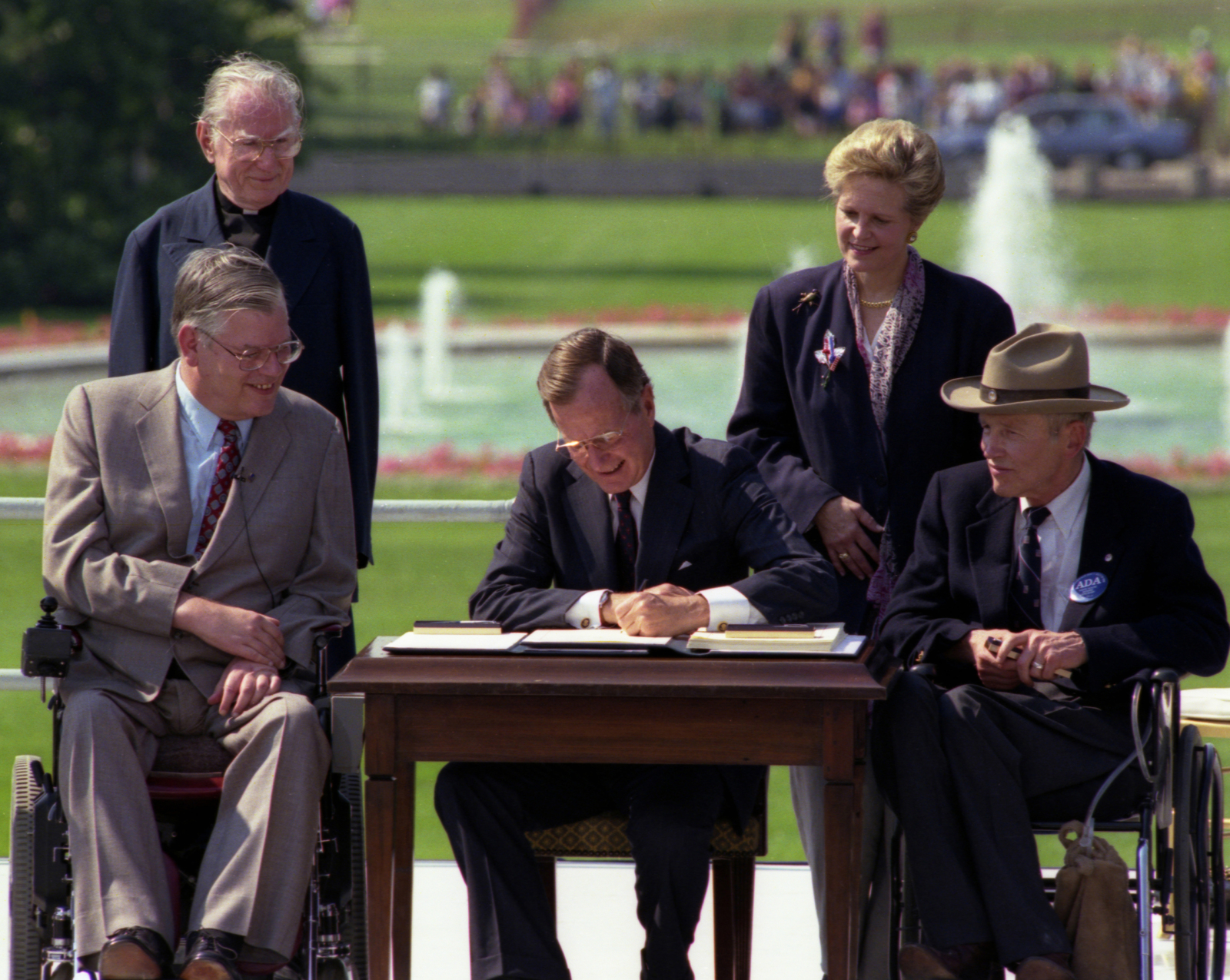 Perhaps you have been in our building and met Dart (the green dog) …or his “mother” Ada. Ada’s name references the Americans with Disability Act (ADA). But you might ask, “why Dart?”

Justin Dart is often referred to as the Father of the ADA.

Justin Dart grew up in nearby Chicago with a privileged life. His mother was the daughter of the founder of the Walgreens Drugstore chain, and his father was a self-made millionaire of Dart Industries. He attended private schools and the University of Houston, where, despite two degrees, he was refused a teaching certificate because of a disability.  At the age of 18, Dart lost the use of his legs after contracting polio, as did others in 1948 (including his brother), and he used a wheelchair for the rest of his life. After several successful business ventures in Japan, he dedicated his work to transitional independent living programs teaching disadvantaged and disabled persons.

In the US, he was active in the Texas Governor’s Committee for Persons with Disabilities and was later appointed by Reagan as vice-chair of the National Council on Disability and eventually head of the Rehabilitation Services Administration. He traveled to each state to gather input on what would later be the Americans with Disabilities Act. But the ADA didn’t come quickly. His ideas of having those with disabilities designing policy were seen as radical. He was met with great resistance within the federal bureaucracy. It wasn’t until 1990, after President George H.W. Bush had appointed him as Chair of the President’s Committee on Employment of People with Disabilities, that his concept of ensuring more than an initiative to “hire the handicapped” evolved into the ADA. Justin Dart is the man with a cowboy hat sitting next to President Bush in the images depicting the signing of the act.

We remember him for his work with the ADA, but he was a life-long self-advocate.

As a college, student he organized a student group to oppose racism in his segregated college, University of Houston.

That university is now home to the Justin Dart Jr. Student Accessibility Center.

After the ADA, he founded Justice for All to defend the ADA when attempts were made to weaken what he described as one of the nation’s landmark civil rights laws.

He met with resistance from actor Clint Eastwood who was sued for the inaccessibility of his California resort. (Eastwood won) When Dart resigned as commissioner of the Rehabilitation Services Administration in 1987, he left criticizing the government’s “paternalistic attitudes about disability.”

He received the Presidential Medal of Freedom in 1998 from President Clinton.

At the time of his death in 2002, his final statement was: “I call for solidarity among all who love justice, all who love life, to create a revolution that will empower every single human being to govern his or her life, to govern the society and to be fully productive of life quality for self and for all.”

We recognize this model of advocacy by our mascot, Dart, now the face of our monthly newsletter.