From the CEO: Promenade Park 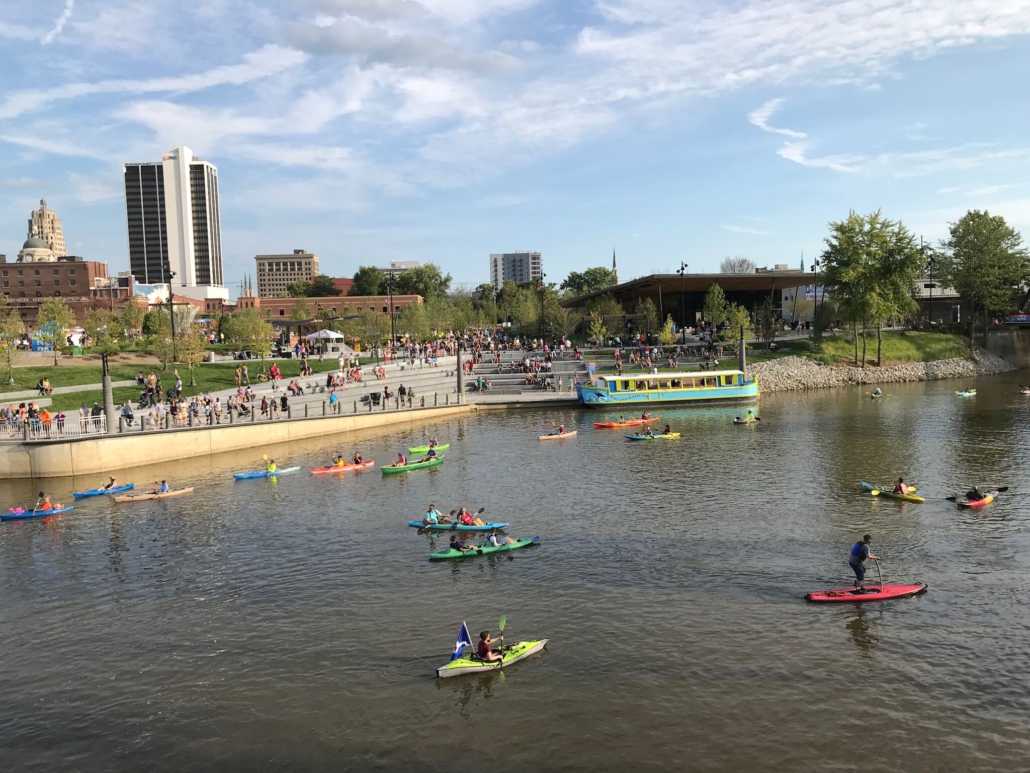 A park for everyone! That was our goal for the new riverfront park that was being designed and it didnt disappoint.

In August 2015, AWS Foundation made a $200,000 grant to the Community Foundation of Greater Fort Wayne. With the $100,000 match funds from Lilly Foundation, there was $300,000 to ensure the proposed new park would be accessible.

But what did that mean?

In partnership with The League and with Turnstone, a focus group was assembled at Design Collaborative to review the proposed design as initially drafted. In a room filled with experts in landscape architecture, planning, park design and operations, a group of 10 individuals and their families, representing a variety of abilities, bravely provided their ideas and critiques. They each wanted the park to be their park. In that group were individuals with visual impairment, Parkinsons, spinal cord injuries, Down syndrome, arthritis and other disabilities. Suggestions were well received and plans were redesigned.

On August 9, the residents of the City of Fort Wayne saw what happens when the goal is to build a shared public space following principles of not just ADA, but universal design.

The city park commission and area donors and businesses all joined in ensuring accessibility was within their funded area of the new Promenade Park. Opening day crowds were, as we had hoped, representative of a cross section of northeast Indiana. The smiles on everyones faces were the reward for the work of so many.

A special thank you is extended to all who played a role in the park visioning, design, creation and implementation. It was a truly collaborative gift for all.